I thought I'd show you this simple table top set up shot during lockdown.

Now before we start I better get it out the way with, I'm not offended by photography manipulation in any way. I've been practicing it in one form or another my whole photographic life, from the early days in the darkroom to now on my computer. I firmly believe that the computer is a tool that can help you become more creative with your photography and help you create eye-catching thought provoking images.

Most of the images we see and admire have been manipulated in some way and I'm not offended by that in any way, admittedly I don't like all what I see but that's because its subjective, what I like might not be your cup of tea and vice versa.

Now I've got all that out of the way I can show you this simple little shot taken at home on a table with the minimum of equipment. 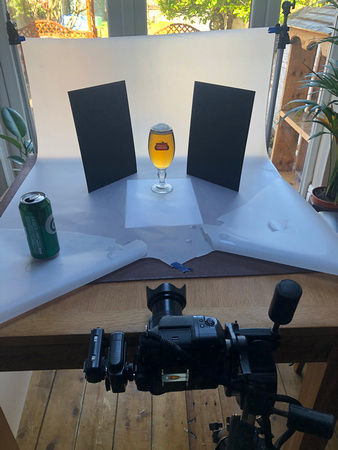 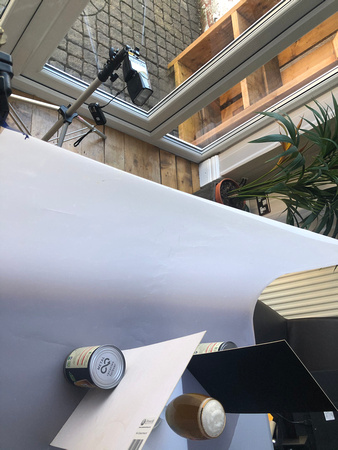 The shot on the left shows the glass with two black pieces of card to give definition to the edge of the glass with a large piece of trying paper as a sweep from back to front.

The shot on the right shows the set up from behind, one flash firing through the tracing paper.

Once the main shot was captured showing the glass and its contents the flash was removed an a. second shot was taken lighting the Stella logo, then a third shot lighting the head of the beer.

The three images were put together, cut out and dropped on a gradient background. From set up to the finished image took less than two hours and one can of beer (Carlsberg as I'd run out of Stella)!!!

Nothing earth shattering but just a nice clean product shot with minimum equipment in a short space of time.... 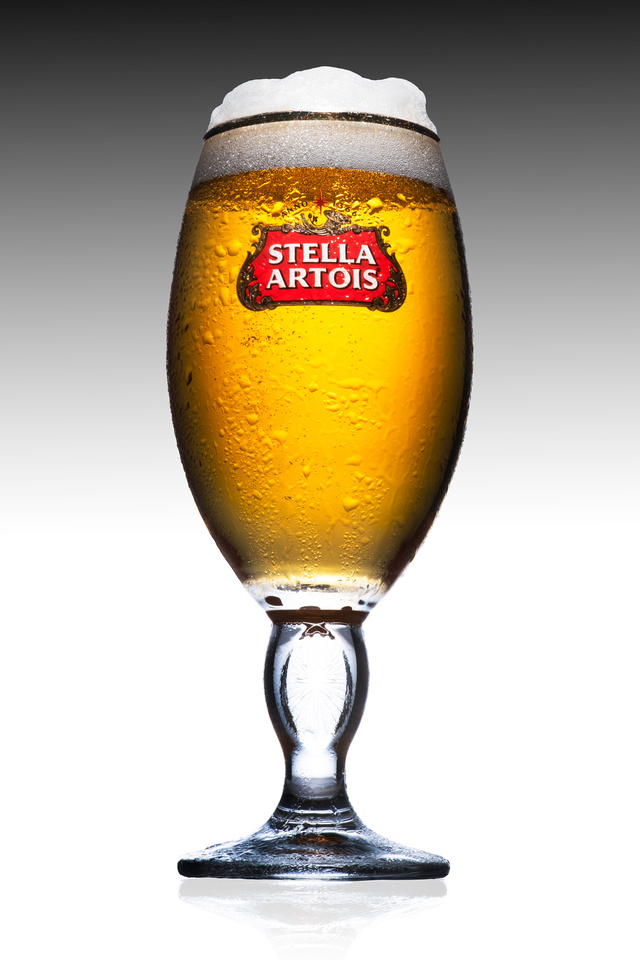